Glitch is a style of electronic music that emerged in the late 1990s. It has been described as a genre that adheres to an "aesthetic of failure," where the deliberate use of glitch-based audio media, and other sonic artifacts, is a central concern. It has become very popular in recent years and is considered to be a mainstream genre of music. Sources of glitch sound material are usually malfunctioning or abused audio recording devices or digital electronics, such as CD skipping, electric hum, digital or analog distortion, bit rate reduction, hardware noise, software bugs, crashes, vinyl record hiss or scratches and system errors. In a Computer Music Journal article published in 2000, composer and writer Kim Cascone classifies glitch as a sub-genre of electronica, and used the term post-digital to describe the glitch aesthetic. 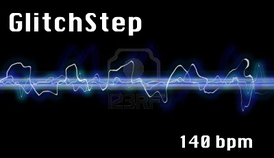 Retrieved from "https://bassmusic.fandom.com/wiki/Glitch_Hop?oldid=9406"
Community content is available under CC-BY-SA unless otherwise noted.